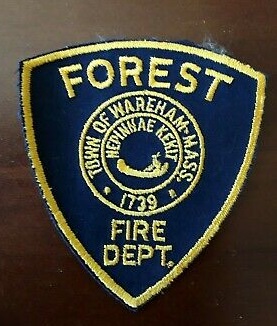 Wareham-William A.  Rawlings, “Billy”, 78, of Wareham, passed away on Monday December 21, 2020 at Tobey Hospital.  Billy was the husband of Joann P. (Rogers) Rawlings also of Wareham.  Bill was born in Quincy the son of the late Kenneth and Mildred (Phillips) Rawlings.

Billy grew up in West Wareham and attended Wareham Public Schools.  He attained the rank of Eagle Scout in Boy Scouts of America, receiving the Silver Award in the Explorers.  He was a Firefighter for the Wareham Forest Fire Department joining as a teenager in the 1950’s and later becoming a Firefighter for the Wareham Fire District, retiring in 1990.  He went on to build fire trucks for Maxim Motors in Middleborough.  He was the former owner of Rawlings & Son Garage in West Wareham.  He enjoyed all phases of auto mechanics, fishing, canoeing and was always ready for a trip to Dairy Queen.  Billy was a Master Mason and a member of the Social Harmony Lodge A.F. & A.M.

In addition to his wife Joann, Bill is survived by his children: Jimmy Rawlings of West Wareham,  Robert “Bobby” Rawlings of Wareham, Richard Rawlings, Nathan, Matthew and Jason Sprague. He was also survived by his 2 grandchildren Steven and Hannah Rawlings, his nieces and nephews Stephen Rogers, Shawn Hill, Jenifer Keswick and Tabitha Hill and many relatives and friends.  He was the brother of the late Robert Rawlings.

A Celebration of his life will be held at a later date.  To leave a message of condolence for the family please visit www.warehamvillagefuneralhome.com Funeral Arrangements are in the care of Wareham Village Funeral Home 5 Center Street Wareham, MA.

To send flowers to the family or plant a tree in memory of William A. Rawlings "Billy", please visit our floral store.