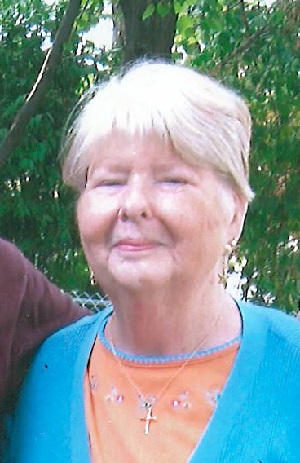 Bourne-Reverend Elizabeth Mary McClintock of Wareham passed away at the age of 79, on Thursday, October 29, 2020, at the Royal Cape Cod Nursing & Rehabilitation Center, after a long battle with dementia.  She will be remembered as a gifted educator, dedicated pastor and loving member of her family.

Liz was born in Brooklyn and raised in New York, eventually moving with her family to Barrington, RI.   She graduated from Barrington high school in 1959, and Rhode Island College in 1963 majoring in early childhood education under the supervision of Professor Ruth Whipple. She enjoyed a long teaching career in North Smithfield, Providence and Staten Island, NY, earning a Masters degree an early childhood education at Hunter College along the way.

Her talents as a teacher and pastor came together marvelously each Sunday during her children's messages. Churchgoers fortunate enough to experience them witnessed first-hand her deft use of stuffed animals and puppets as vehicles for communicating the love of God to children. One of her more memorable messages given at Easter involved a caterpillar puppet who when turned inside out became a butterfly. Liz would place the caterpillar in a large paper bag and after much rustling, pull out out the butterfly, to the delight of the children. What we often think is the end of the story is, in fact, only the beginning of what God has in store for us.

Liz also enjoyed reading, crossword puzzles, traveling, crocheting and Soft as a Grape. Liz leaves behind her devoted husband Phil, her children Katherine, John, Beth and Amy, her siblings Stewart and Melissa, and five grandchildren plus several nieces and nephews.

A Celebration of her life will be will be held in the early Spring.  Liz will be sorely missed by all, but her passing is in fact only the beginning of what God has in store for her.  Funeral arrangements are in the care of Wareham Village Funeral Home.  To leave a message of condolence for the family please visit www.warehamvillagefuneralhome.com

To send flowers to the family or plant a tree in memory of Rev. Elizabeth Mary (Vooght) McClintock, please visit our floral store.