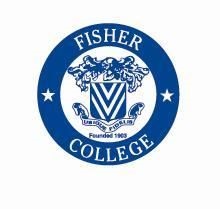 Scott Adams Fisher, 88, died peacefully at his home in Onset, Massachusetts, on January 31, 2022. He is survived by his wife, Laura Fisher, his son Christian Fisher, daughter in law Michele McKeown Fisher, and his daughter Alexandra Bartsch, as well as  his grandchildren Heather, Amanda, Margaret and Nathaniel Fisher and Anastasia Bartsch.  He was the brother of the late Sanford L. Fisher Jr.

Dr. Fisher lived a long and  extraordinary life. He was born in 1933 in Somerville, Massachusetts, the son of the late Sanford L. and Agnes A. (Finn) Fisher Sr. and graduated from Somerville High School where he has been a leader in alumni activities for more than 70 years. He went on to Graceland College,  Boston University, Babson Institute where he earned an MBA and Harvard University where he earned a doctorate in education. Dr. Fisher has had remarkable success in several fields including business, real estate and as president of Fisher College, an institution originally founded by his grandfather M.C. Fisher in 1903. He was also the longest serving trustee of Fisher College and was chairman of the board for many years. He is a past president of the Rotary Club of Boston, director and past president of the National Council of Independent Junior Colleges, director of the American Association of Community and Junior colleges, chaplain of the Point Independence Yacht Club, a lecturer in the United States Power Squadron, Charles River Flotilla, and a member of the Society of Founders  and Patriots of America. He has also been trustee and director as of numerous professional and civic organizations and worked tirelessly for his family, his community, and his country.

Between college and graduate school, Dr. Fisher was a Lieutenant in the United States Navy, stationed in the Pacific, under the Commander of the Amphibious Forces based at Coronado, California. His ship was an amphibious personnel auxiliary which carried 42 landing boats, transporting initial assault Marines to the beach. They staged assault landings on the beach just south of the Del Coronado Hotel. At that time, he met Laura, a recent graduate of the University of Southern California, who was attending the Alpha Gamma Delta sorority convention at the Del Coronado Hotel. They have been married for 64 years.

In his younger days, Dr. Fisher was a competitive swimmer, competing on several swim teams in the Boston area including the Somerville YMCA.  At Boston University he rowed varsity crew and made lifelong friends with the “Puddle Pushers”.  As an adult he enjoyed playing competitive tennis near his home in Lexington, Massachusetts and led the Nine Holers golf league at the Foxfire Community in Naples Florida. For his entire life he loved the sea and was an avid sailor with many boats He sailed the family's sloop “Laura E.” from its home port in Onset, Massachusetts to Nova Scotia, Maine, and to Grenada with family and friends. He has generously shared his interests with his community and hundreds of YMCA campers, friends, and family have learned from him how to swim, sail, play tennis, golf  and other useful skills.

Dr. Fisher maintained a positive attitude towards his life and achievement in all fields. In 1978 he was diagnosed with terminal cancer and told that he had less than six months to live. It was God's will that he survived another 44 years, grateful for every day and for the physicians in Naples, Florida, and at Massachusetts General Hospital who have cared for his health so well and so long.

Upon his retirement, and with the encouragement of his California-born wife, Scott and Laura became snowbirds and enjoyed the beautiful city of Naples, Florida,  each winter.  In the summer months they returned to the village of Onset, Massachusetts, where generations of his family has loved the waters of Muddy Cove for over 100 years. They were privileged to have supportive and friendly communities in both places.

I do believe that I have had a good life, significant opportunity, achieved many worthwhile things, have contributed to the welfare of others, have sustained disappointment and success, appreciated my family present and past, and have been continually grateful and thankful for it all. At 80, I am a happy man.

Dr. Fisher's friends and  family  are happy and grateful to have been a part of his life.  An online funeral will be held on Sunday, February 6, 2022 at 3 p.m.  Please refer to www.warehamvillagefuneralhome.com for details and attendance instructions.

Following the online funeral on Sunday, there will also be an in-person, both indoor and outdoor, wake at 4 p.m. at the family home, 205 Follen Road, Lexington, MA.

In lieu of flowers, donations to Fisher College are gratefully accepted.   Please access online at www.fisher.edu/giving  or from the link at the bottom of the notice.