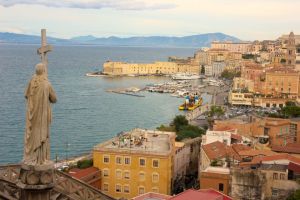 Wareham-Theresa M. Caliri, 97, of Swifts Beach, passed away at home on Wednesday, July 24, 2019 with her family at her side.  She was born in Gaeta, Italy the daughter of the late Romolo and Santina Maria (DiMaggio) Fantasia.  Ms. Caliri worked for many years as a seamstress and was a loving and devoted mother.  She enjoyed Bingo, gardening, cooking and especially her boys.

Her funeral will be from the Wareham Village Funeral Home, 5 Center Street on Tuesday, July 30, 2019 at 9:15 am followed by a 10 o’clock Mass of Christian Burial in Saint Patrick’s Church   82 High Street Wareham, relatives and friends are cordially invited to attend.  Visitation with the family will be from 8:15-9:15 prior to the Mass. Committal services will be private.  To leave a message of condolence for the family please visit www.warehamvillagefuneralhome.com Memorial gifts may be made to the Children’s Diabetes Foundation 4380 S. Syracuse Street, Suite 430, Denver, CO 80237, T (303) 863-1200, www.childrensdiabetesfoundation.org/donate/  or The American Kidney Fund 11921 Rockville Pike, Suite 300, Rockville, MD 20852 | 800-638-8299 www.kidney.org/pledge