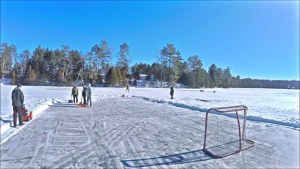 Dennis Michael Ross, 68, of Plymouth, MA, formally of Winchester, MA and Clearwater, FL, passed away on September 6, 2019. He was the loving son of the late Helen Collins Ross and George Edgar Ross Jr., formerly of Winchester.

Dennis Michael Ross was raised in Winchester and graduated from Winchester High School where he was one of their star hockey athletes. Mr. Ross later attended Boston College on a hockey scholarship where he studied Business. While a college student, Dennis was a volunteer at the Perkin’s School for the Blind in Watertown, MA, as well as at the Angell Memorial Hospital in Jamaica Plain, Boston.  He later settled in Clearwater, FL, where he had a successful fencing business and where his children were raised.  He also bred Great Danes and German Shepherds when living in FL.  Due to poor health, he moved back to MA in 2006 to live with his sister in Plymouth.  Mr. Ross was a gentle, hard-working, and honest man who will be dearly missed by all those who loved him and those who know that they are blessed for having had him in their lives.

Dennis was the loving father to Sean Ross and Alexis Ross Rounsaville of Dublin, TX. Loving father-in-law to Royce Rounsaville of Dublin, TX. and loving and dedicated brother to his sister, Marilyn Ross of Plymouth, and brothers George William Ross of Claremont, NH; Paul Karen Ross of Plymouth, MA: William Arthur Houle of Ellijay, GA; and John Patrick Ross of Winchester, MA. Loving grandfather to Millicent and Madeleine Rounsaville of Dublin, TX, and loving and caring uncle to Destry Ross of Claremont, NH; Ross Addison Stacy of Grants Pass, OR,  Jonathon Houle of Marietta, GA; Christopher Stacy of Salem, MA; and Julia Ross and Sophia Ross of Winchester, MA. In lieu of flowers, donations in his memory may be made to the Fund for the Needy, C/O St. Bonaventure's Church, P.O Box 996, Manomet, MA 02345.  To leave a message of condolence for the family please visit www.warehamvillagefuneralhome.com