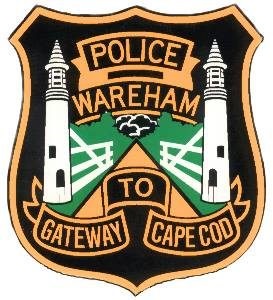 Wareham-Barry F. Sullivan, 76, of East Wareham, passed away peacefully at home on Wednesday, May 1, 2019 with his daughter and close friends at his side.  He was the son of the late John M. and Rita D. (Mellor) Sullivan.

Mr. Sullivan was born in Fall River and graduated from Somerset High School in 1960.  He received his Associates Degree from Cape Cod Community College in Criminal Justice and was a Police Officer for the Towns of Sandwich and Wareham, retiring from the Wareham Police Department in 1991.  He attended Mass regularly at Saint Margaret’s Parish in Buzzards Bay and Saint Patrick’s Parish in Wareham.  He was an avid New England Sports fan.  His true passion and enjoyment was the time he spent with his daughter attending various sporting and social events to include their many baseball seasons with the Wareham Gatemen.

Barry was an exceptional athlete competing in the Falmouth Road Race multiple times and competing in the C.R.A.S.H.-B (Charles River All Star Has-Beens) World Indoor Rowing Championships.  Barry also competed in many area triathlons to include the Carolyn Miller Triathlons held at the Cape Cod Air Station. A routine member at the Wareham YMCA, he will be missed by his many friends there.  Barry loved his pets and animals. His favorites “Heidi” and “Teddy”.  He loved sunset Jeep rides on the Sandwich sand dunes and Little Harbor Beach.

Barry is survived by his daughter Kerri Sullivan of Wareham and her mother Christine Strong of Winchendon.  He was the brother of the late Rose Marie Sullivan.  Barry is also survived by many loving relatives and friends.

Memorial visiting hours will be held on Tuesday, May 7, from 5-7pm in the Wareham Village Funeral Home 5 Center Street Wareham.  Relatives and friends are cordially invited to attend.  To leave a message of condolence for the family please visit his obituary page at www.warehamvillagefuneralhome.com  Interment will be private.  Arrangements by Wareham Village Funeral Home.